Charlotte Regan’s film Drug Runner chronicles the life of a child who gets involved in dealing drugs. Based on a friend’s real experiences, Charlotte’s script is edited to tell a story which bridges reality with fiction. She explains how this duality is expressed in the way the film was shot, with an approach that merges the documentary base with a cinematic feel. “The intention with the shooting style was to show his world as he experienced it. Visually, some elements are exaggerated, but no doubt he was exaggerating things in the interview. I think that’s the thing with docs, they’re always influenced in some way, but then again, they have to be.”

The film’s cinematographer, Arran Greene, described that the style and look he created was based on Charlotte’s idea of seeing colour and childlike wonder through the young boy’s perspective. “I particularly liked this idea so we set out to create a look that would portray this fairly dark world in a more bright colourful manor. Yet still keeping the unavoidable grittiness of the locations.” The team ended up using an ARRI Amira and Zeiss CP3s to shoot the film. Arran explained that their choice of the Amira was due to its design for documentary “…its very well suited for quick shooting. This was exactly what we needed, so it was a great camera for the shoot that allowed us to work quickly and efficiently. The new Zeiss CP3 lenses was actually a set that Direct Digital proposed to me after giving them my kit lists, I hadn’t used them before so was excited to see what they were like.”

Direct Digital, described as “an amazing place” by Charlotte which we kindly accept, had the pleasure of providing equipment for the short film which has received Vimeo Staff Pick of the week. When we asked Arran about his experience working with us, he had this to say:

“Direct Digital were very helpful and accommodating in providing a camera and lighting package that worked for our budget and our requirements. Any issues that popped up on location were quickly fixed and resolved. I had worked with some of their team before and it was a pleasurable experience working with them again.”

With a limited budget, Charlotte, Arran, and their team managed to get everything they need to tell their story – from a Steadicam operator to a number of cutaway shots which were filmed around the estate with limited crew and kit before filming the main scenes.

Read more about the film and the process the team took to make it on Bold Content’s website, where you can also watch the full film.

Great work to everyone involved and congratulations on the Vimeo Staff Pick! 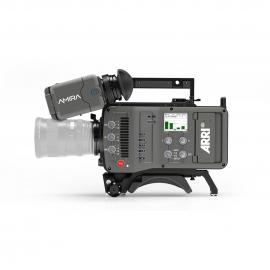