An Interview with James Medcraft

Having worked on a range of incredible adverts and music videos for the likes of Rolls Royce, Nike, Coldplay, and MNEK, his work is in the name. James Medcraft has crafted a career out of shaping shadows and light and manipulating time in a distinct, visceral way that allows his style to flow from project to project.

Most recently, James has been collaborating with choreographers and performance artists to create Temporal Forms, a series of works using both stills and move image to study the human body in motion. “Temporal Forms uses light and it’s rendering through time to explore the more abstract movements of the human body like a brush on canvas.”

How did you get into photography and cinematography?

Photography and moving image are subjects I never studied but have always been a part of my life. I was lucky enough to have a small darkroom at home and experimented constantly during my youth.

After studying typography and, in my spare time, 3D animation, I worked at United Visual Artists for 6 years as a designer using whatever medium was necessary to create works. Most of our work was physical and light-based, these I documented and became more interested in the capturing than their creation and design.

Photography and moving image were always a method for sourcing inspiration, capturing ideas and, more often than not, displaying them. Following my years at UVA I decided to take up photography and cinematography full time, using my unorthodox background to find a particular style and approach to image-making.

How would you describe your style?

Sometimes I find my style or work difficult to define aesthetically. My work, both personal and commercial treats time either on a technical aspect of capture or on a conceptual level of aesthetic as a textural medium; that being said, I like to employ time as a tool to show the viewer things that are present but not within our real-time reality. This is something clearly present in Temporal Forms.

To cite an early example project for McLaren Automotive we designed a 3D light printing machine that rendered a 3D animation in light that appeared to levitate in space. This was captured using long exposure photography and motion control robotics. Using long exposure photography and some clever software engineering, we created a piece of 3D animation that was both physical within a space but completely invisible to the naked eye. Only by using time as a medium was the project visible.

Do you have a preference of stills or moving image?

I tend to shoot more personal works as stills and more commercials as motion but whatever medium suits the concept is the right medium.

However, it’s the sweet spot in between these two disciplines where I get the most enjoyment. For example, the Gatorade project I shot with Unit9 borrowed technology from both the stills and cine worlds to create something very different visually.

I like to read, mostly fiction and poetry, and enjoy figurative painting and sculpture. I also watch lots of cinema. I do try to deliberately restrict my sources of inspiration to objects, works, or experiences not directly related to mediums I normally work within – I very rarely visit photographic galleries for example. I often find looking at other people's work similar to my own influences my own thought process or often deters my own works should the latest trends be wildly different or too similar. I far prefer to take inspiration from alternative discipline to my own and explore them using my desired visual language.

What kind of equipment do you use?

My equipment is always different for every project. For example, the Gatorade project used an Arri Alexa 65 with a custom firmware patch from Arri so we could use it as a stills and motion picture camera. On the other scale personal works are usually shot on 5x4” negative and my latest project Temporal Forms was shot on a Sony A7R4.

Why do you choose Direct Digital? How has your experience been?

I choose Direct Digital because of their vast range of equipment spanning a variety of technologies and workflows which is essential for my projects. Also coupled with their relationship to the Panavision group makes it a perfect partner to my more demanding projects. Be it stills, high-end motion picture cameras, or lighting Direct Digital has all bases covered.

What is your most memorable shoot?

I’ve a few very interesting projects coming this year, some in the post-production stages. However, to date, nothing has been more demanding creatively or technically than the Gatorade ‘Made of Water’ project. Taking 6 months of pre-production and 5 shoot days this project pushed the boundaries of what is possible in-camera. Direct Digital supplied a mixture of flash and continuous lighting for the project, of which required a mixture of stills and motion picture assets to create the in-camera illusion of a human in motion made from levitating water.

As mentioned, Temporal Forms is a continuous project for this year, I shoot so many technical works so working with people requires me to be more spontaneous and less bound by producing a perfectly designed image. I’m working on some exciting commercial projects and would love to start some longer-form narrative projects too. 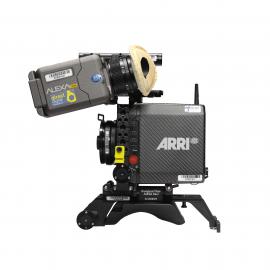 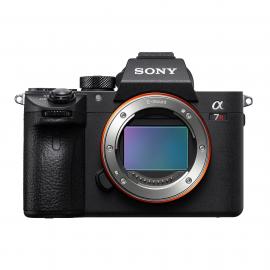